It’s still very much the depths of winter here in Michigan, so our Favorite this week is reminder that warmer weather is on its way. That it includes a healthy dose of Georgian, Regency, and Victorian men is purely coincidence 😉

Clips used by the video’s creator include: 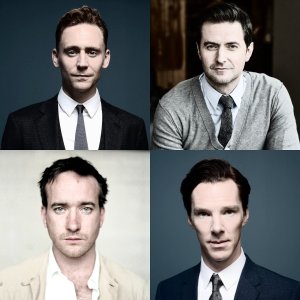 My good friend Emily shared this with me earlier in the week, and I haven’t been the same since 🙂

For your listening pleasure, this week’s Favorite is a playlist put together by 8tracks user SADarcy. It includes a Pride and Prejudice excerpt read by Matthew Macfaddyen, Several Shakespeare sonnets read by David Tennant, and an excerpt of North and South read by Richard Armitage. Tom Hiddleston and Benedict Cumberbatch also feature prominently, and Kenneth Branagh and Alan Rickman make appearances as well.

See the full list of poems and excerpts here.