ebook sale, Kissing By The Mistletoe

Who needs a sweet, low-angst, wintery romance with a cinnamon roll of a hero? If you raised your hand, you’re in luck–Kissing by the Mistletoe is on sale for 50% off its regular price! You can find it at all your favorite ebook retailers for $0.99 through the end of December 🙂

Kissing by the Mistletoe is available for pre-order at all your favorite e-tailers! It’s priced at $0.99 US during the pre-order period, and will increase to $1.99 US when it releases on October 1. If you purchased the Christmas Ever After last year, you do not need to pick this one up–this is the same story that was published in that anthology.

This is a sweet, traditional Regency romance, set in the same world as my Maitland Maidens novellas but written as a stand-alone story. If you like cinnamon roll heroes and the best friend’s sibling trope, this one’s for you 🙂

Christmas Ever After, Kissing By The Mistletoe

You might remember me mentioning in a TBR check in or two that I was writing a Christmas novella. It’s called Kissing by the Mistletoe, and features a heroine who longs for a measure of independence, with a sweet cinnamon roll of a hero who is her (male) best friend’s little brother ❤ It’s also available for pre-order in the anthology Christmas Ever After with seven other novellas for just $0.99/£0.99! 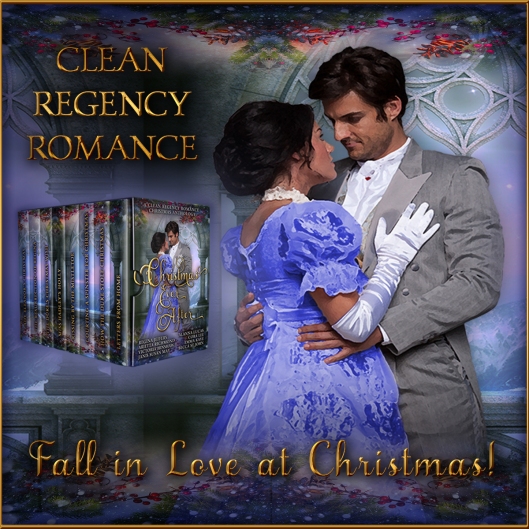 Here’s the blurb for Kissing by the Mistletoe:

Maddie Hayward has been actively looking for a husband for nearly three years, but no gentleman will spare her more than a smile. Everyone thinks she’s destined to wed Kit Mathison…except neither of them is interested in a romance with the other. When Kit and his family come to visit the Haywards for Christmas, the whole village expects a proposal—but Maddie has other plans. Can she convince everyone that her friendship with Kit will never be a courtship? Or will she have to choose between her closest friend and the chance at family of her own?

Thomas Mathison has loved Maddie since the day they were first introduced, but can’t ask for her hand until he can afford to support a family. When she suggests a sham courtship between them he agrees, despite his misgivings. Being seen with someone other than Kit would shatter the illusion of an arrangement between them and give Maddie a chance at a happy life. But while she would be feigning affection, Thomas would not. Can he conceal his true feelings from her while executing her plan? Will he have the strength to let her go when he returns to Edinburgh?