The Duke of Darkness is now available at all your favorite ebook retailers! Come meet Lucas Blake, Duke of Rhuddlan and Olivia Stone, both plagued by rumors and innuendo, betrayed by the people they were supposed to be able to trust the most. 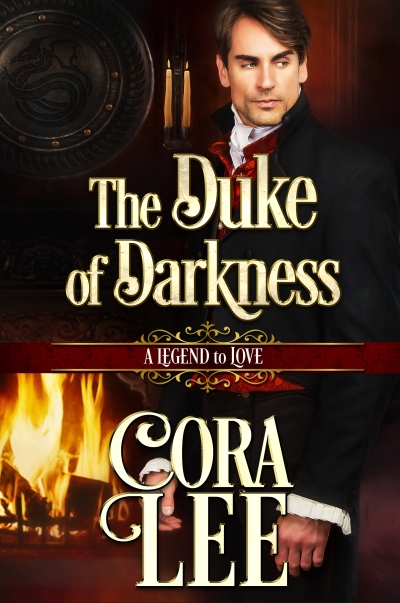 His enemies called him the devil.
There were few people in the world the Duke of Rhuddlan could trust, least of all his scheming brother Nicholas. So when a spate of violence is perpetrated against people with a connection to the duke, Rhuddlan knows who is behind it. But how can he end this vicious campaign when Nick is backed by the King’s own son?

Hers call her a temptress.
Olivia Stone wants nothing more than to live quietly in her little cottage, but with a cruel suitor determined to possess her and an income that is steadily diminishing, she’s left with no choice but to appeal to her wealthy cousin—whom she’s never met—for assistance. Will he give it? Or will she be forced to marry a man she fears?

Can they see past the rumors to find true love?
When Rhuddlan knocks on Olivia’s door with a plan to help them both, she’s skeptical but sees no other option. Working together sparks a flame between them neither could have predicted, but when Nick discovers the relationship, he becomes determined to destroy their hope for happiness. Can Rhuddlan finally put an end to his brother’s devastation before someone is killed? Will Olivia still want him when she sees how ruthless he can be?